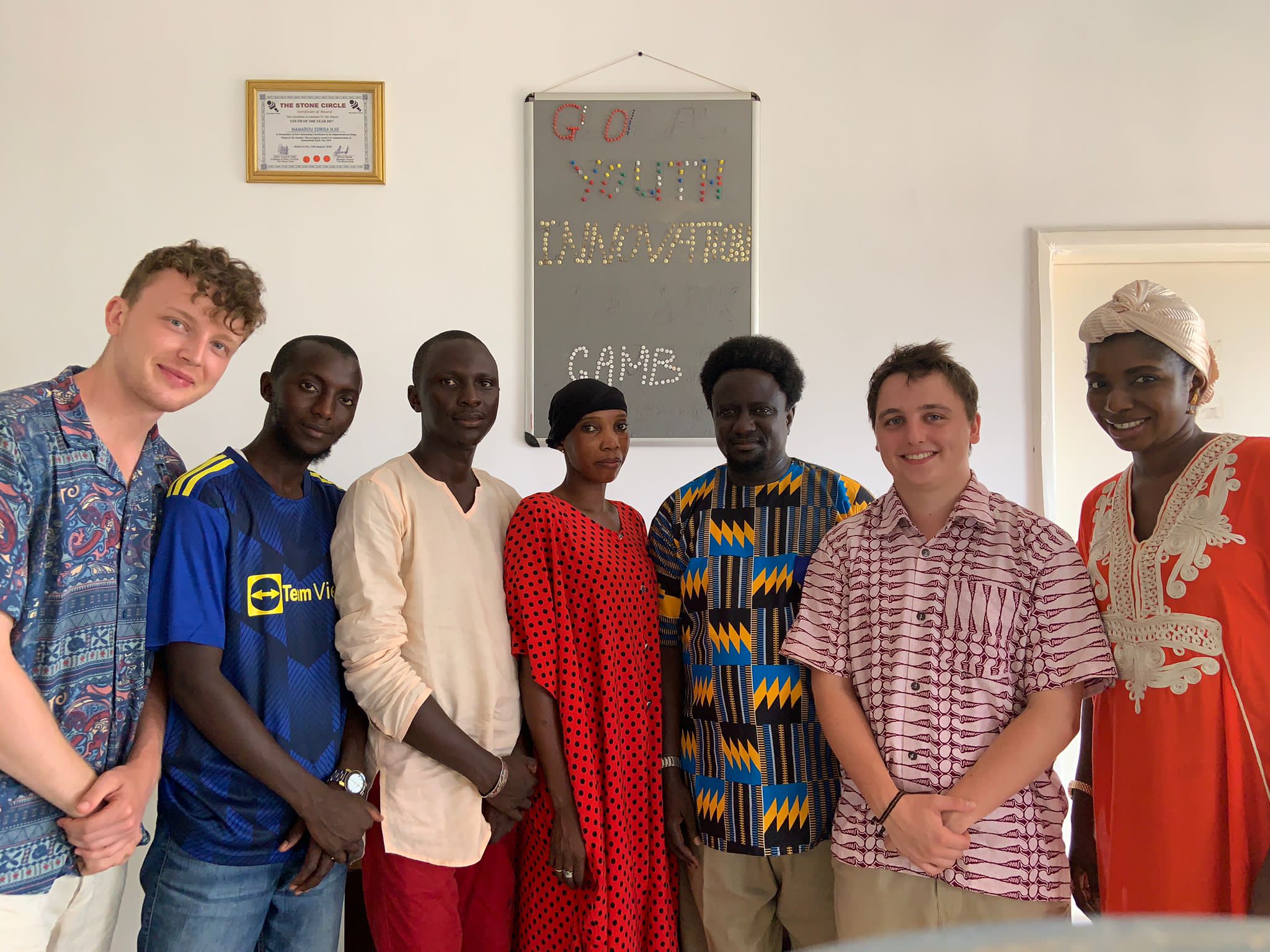 The Global Youth Innovation Network (GYIN) Gambia Chapter on 30th June 2022 welcomed two interns from the Arbeits- und Studienaufenthalte (ASA- Program) in Germany.
This initiative started in 2018 as part of GYIN Gambia’s efforts in a global partnership in the fields of youth development. ASA interns, mainly students and young experts in various fields, offer technical backstop to GYIN Gambia for a period of three months between July – September annually.
In an official orientation with them, the founder of GYIN Gambia, Mamadou Edrisa Njie thanked ASA for recognizing his office as a partner in the exchange programme. According to him, the assigning of two interns, namely Jonathan Rottach and Noah Greupner will increase the organization’s strength in adding value to the lives of young people, especially in the rural Gambia.
On their part, Noah Greupner, expressed delight to be given the opportunity to work with and learn from GYIN Gambia Chapter and to get to know The Gambia and its culture intensively. “It is very exciting for me to get an insight into the institution and to contribute to the development of young agripreneurs in The Gambia,” he said.
According to Jonathan Rottach, GYIN Gambia Chapter is a great chance for him to gain intercultural experiences, network with professionals, and learn a lot of things for his future professional career.
Other staff present during the orientation includes Mariam Saine, Finance and Operations; Pa Modou Mboob, Deputy Executive Director; Jainaba Ceesay, Admin Secretary and Jainaba Njie, Assistant Finance.