Djallows Farm calls on youth to venture into sheep breeding 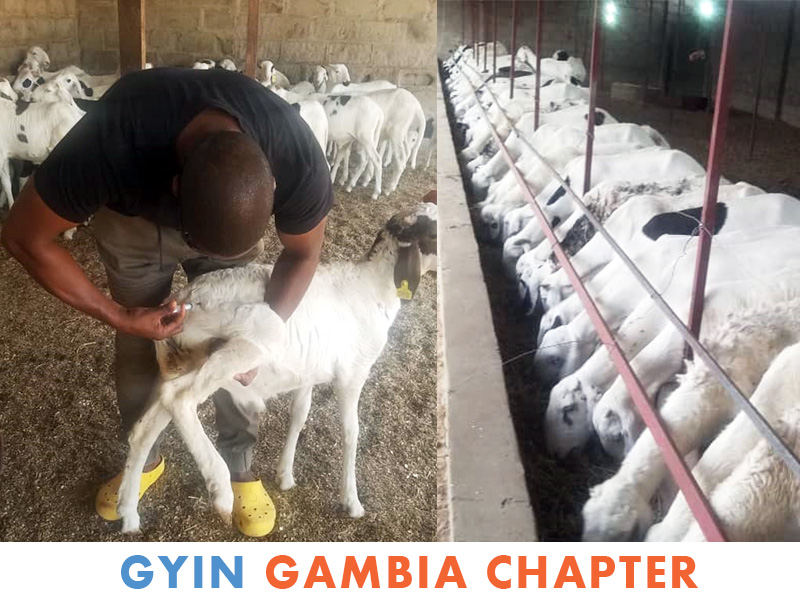 Djallows Farm is an agribusiness venture that specializes in Sheep breeding and marketing.

Established 5 years ago, Mr. Jallow, who doubles as the president of The Gambia Sheep Breeders Association, has explored the untapped opportunities available in the agribusiness sector by attracting lots of customers within and outside The Gambia. 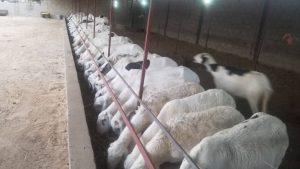 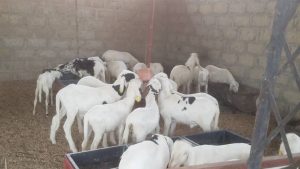 He also bags Advance National Diploma in Business Studies and Computing in Bracknell and Wokingham College in the United Kingdom.

Mr. Jallow, who is of the belief that agriculture is a virgin area in The Gambia in which one can gain high return in capital investment, has not left any stone unturned in making internet research to acquire knowledge on sheep breeding and Medicare.

Stressing the fact that 95% of sheep coming into the country are bred from mostly Senegal and Mauritania, he told GYIN Gambia that there is still a huge available market for the young people to explore.

According to him, he was motivated to venture into Sheep breeding due to the high cost of sheep sold at the lumos and the livestock selling points in the country.

With the help of his research engagements, he is able to personally do a diagnosis of his sheep during diseases outbreak and eventually vaccines and injects them for proper medication. 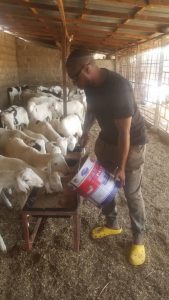 His main target is to produce 500 more sheep in the next five years.

As part of his challenges in the agribusiness sector, he decried the Government’s lack of recognition to the sheep breeding industry in the country and cited that only three veterinary personnel are available at the department of agriculture, which according to him, is not enough.

“Even antibiotics for sheep is not available in the country. I usually buy the medication all the way from Senegal,” he said.

Furthermore, he added his voice on the high cost of sheep feeding (groundnut hay) which prompted him to buy two horses to do farming to produce groundnut whereby the hay can be used as feeds for his sheep while the groundnut will be sold and consumed at home.

Mr. Jallow called on The Gambia government to support local businesses especially farmers to encourage them to invest in the country.

He also urged the youth to venture into agriculture “as its the only way to make it here”, saying that the D50,000.00 that they spend on traveling through the back way to Europe can be invested into business.